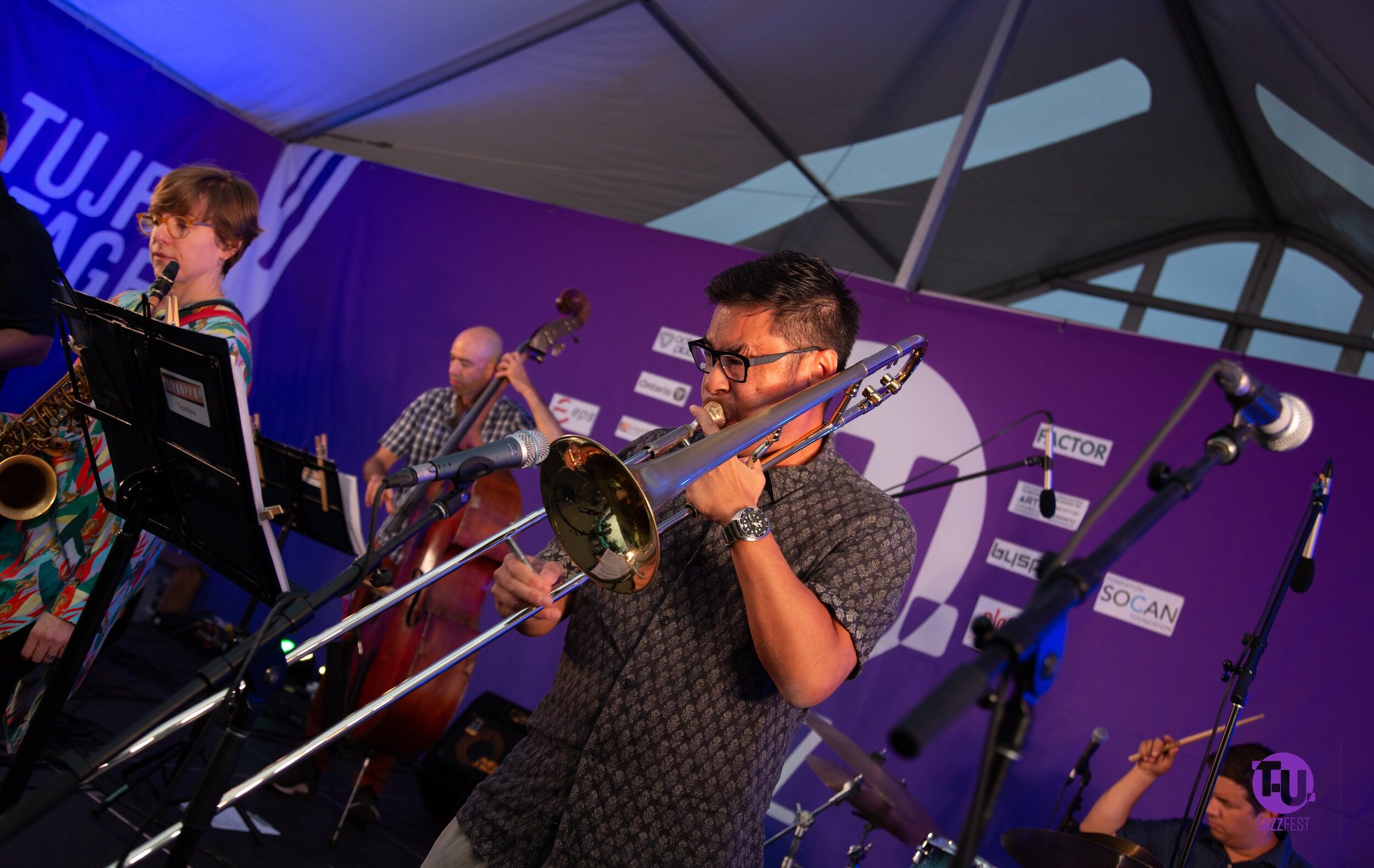 Rodrigo Simões is a composer with a distinctive style that oscillates between jazz and Brazilian music. His international career has taken him through China, Australia, South Korea, Paraguay and the United States, in addition to his nativecountry – Brazil – and his adopted country – Canada. This guitarist and mandolinist has already collaborated with great artists in Brazil (Elza Soares, Carlos Malta, Paulinho da Viola, Dominguinhos, Zeca Baleiro and Paulo Moska) and in Canada (Bill McBirnie, Joel Miller, Flavia Nascimento, Alex Lefaivre, Sonia Jonhson, Daniel Bellegarde and Jean-Pierre Zanella).

In 2013, his first album, “Aos Velhos Amigos”, was released in Brazil. In 2018, he completed a master’s degree in jazz composition at the University of Montreal, under the supervision of bassist Alain Caron (UZEB). That same year, he also released his second album, “Jazz Brésilien”, through the Montreal jazz record label Multiple Chord Music, which received Bronze Medal from Global Music Awards and was classified among the 5 best jazz CDs 2018 in Quebec by Sorties Jazz Nights.